Happy New Year to all our Members.

Welcome to the January 2020 Newsletter. In this month’s packed edition you can find:

NHS England recently provided an update on the NHS Violence Reduction Strategy and the Assaults on Emergency Workers (Offences) Act.

Following the enactment of the Assaults on Emergency Workers (Offences) Act 2018 (the 2018 Act) on 13th November 2018. Data provided by the Crown Prosecution shows that they prosecuted more than 50 assaults a day in the first year of legislation, making attacks on emergency workers a specific offence, new figures show.

Between November 2018 and 2019, almost 20,000 offences were charged under the Assaults on Emergency Workers (Offences) Act – three-quarters of which were assault by beating.

The CPS data is based on the number of offences charged, rather than individual defendants. Ministry of Justice figures for 2018, based on the first cases to go through the courts, show a conviction rate of 90 per cent.

Following a series of high-profile assaults last summer, the Director of Public Prosecutions met with police colleagues to discuss their concerns about rising levels of violence towards officers.

In response, the CPS led the development of the Joint Agreement On Offences Against Emergency Workers (the Joint Agreement). NHS England & NHS Improvement represented the NHS and collaborated with stakeholders to produce the agreement.
The Joint Agreement (available here) provides a framework to ensure more effective investigations and prosecution of cases, where emergency workers are the victim of a crime, particularly in applying the provisions of the Act 2018 and sets out the standards which victims of these crimes can expect. Equally it underpins the provisions outlined within the  (the 2018 Act).

To read the rest of the briefing Click Here.

NAHS will be responding to NHSE regarding the statistics quoted above as these appear to reflect assaults on Police and not NHS staff.

Members may like to consider establishing an Investigation protocol with your local Police for NHS related offences.  This approach has been used at an acute Mental Health Trust (including Medium Secure Forensic services) and replicated in an Acute (general) Trust, providing screening and a greater level of scrutiny to reports of violent offences in particular.  In short, the protocol and this approach provides greater opportunity to follow through on the NHS stance that we do not tolerate violence, aggression or abuse.  Avoiding at all times the use of the phrase ‘Zero Tolerance’.

You may have been wondering what was happening with NHS Security Management Training and the ASMS course.  We can share the NHS England announcement made recently by Anthony Jackson who issued the following statement:
Dear Colleagues,
As you will be aware when NHS Protect were dissolved in April 2017, they invited training providers to continue with the delivery of the Accredited Security Management Specialist (ASMS) course. Oversight was provided via the Security Management Professional Accreditation Board (SMPAB).

About 18 months ago at a SMPAB meeting the training providers collectively agreed to pause the ASMS course. The decision undertaken was principally in the absence of a national direction regarding the future delegation of the security management functions, which incorporated the protection of assets and protection of staff.

The position has now been clarified. Following receipt of legal advice and discussions with NHS England & NHS Improvement legal teams, we have agreed that NHS England exercises responsibility for the violence reduction strategy, which is referenced within the Long-Term Plan. This will be undertaken using NHS England’s general power under section 2 of the NHS Act 2006 (as amended, “the Act”), without the need for any delegation or direction from the Secretary of State for Health. A Memorandum of Understanding will be developed to outline the specific accountabilities aligned to the funding, as noted within the Long Term Plan.

Consequently, we will not be running any further Accredited Security Management Specialist (ASMS) courses.

As the violence reduction programme is developed a training needs analysis will be undertaken to consider the future requirements.

NAHS has grave concerns with the loss of this fundamental training and is itself looking at Industry wide Security training as it is essential that all Security Management Specialists are appropriately and adequately trained and prepared for the role.  It should be noted that the provision of a safe and secure environment for our staff, patients and visitors remains the key driver for NHS Trusts and ensuring a Trust is delivering on this is an expectation of the CQC. To this end, NAHS are in discussions with training providers, including looking at the options for bespoke Healthcare elements being added to existing accredited and certified Security training.
With the launch of the NAHS CPD scheme at our Conference in November, the NHS Executives are totally committed to professionalising Healthcare Security.
We will update members in future newsletters and via social media as things take shape so….. Watch this space. 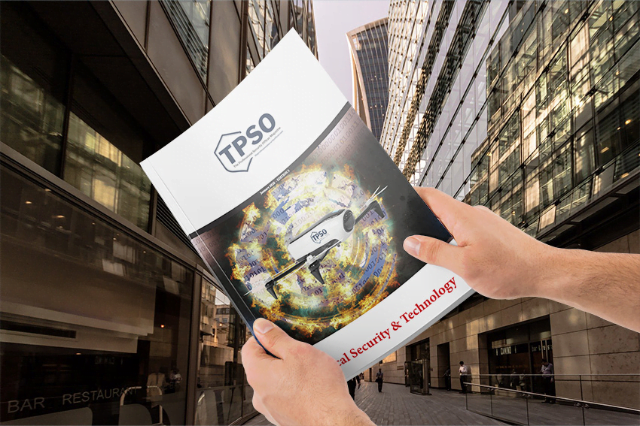 The Professional Security Officer Magazine Edition 5 is Out Now!

The magazine also features a full report on #NAHS19 Awards and all our worthy winners and nominees.

NAHS would like to thank Rollo Davies for his continued support and allowing us the platform of the TPSO Magazine to raise the profile of Healthcare Security and the dedicated and exceptional Security staff across the country.

We are really pleased to be able to report that due to the outstanding quality of the submissions, the #NAHS19 Award winners in all categories were nominated for the OSPA’s by the Executive Board and were all put through as finalists in the awards to be held in London on Wednesday, 26th February 2020 at the Royal Lancaster London.  This recognition only goes to highlight the importance of Healthcare Security and the amazing achievements and hard work of the individuals and teams out there.

Anyone wishing to attend will need to book. Tickets can be purchased via the following link.  As a reminder our winners were:

We want to wish all our #NAHS19 Award winners the very best for the OSPAs as you are all Outstanding Professionals who have performed at the highest level and provided an exceptional service.

The idea of the draft code of conduct is to improve standards and public safety by setting out the standards of conduct and behaviour that we expect people to uphold if they are entrusted with protecting the public, premises, and property. It would give a clear, consistent and positive message to service users, businesses, and employers about what they should expect from licence holders. The SIA have stated that they also want it to help licence holders understand what to do when they face challenging situations at work.

Read the full article on the SIA website here

We are conducting some final tests on our new Job Board and will be launching it on Wednesday 29th January.  We are pleased to already have our first post; a fantastic job at Hull University Teaching Hospital NHS Trust.  Once we are happy everything is working as it should, please check out the Job Page which can be found via the Library tab.

To ensure we have an even bigger and better Conference this year we have already started planning and have agreed a date with the venue.  We are pleased to report that we will be returning to The Studio, Birmingham on Thursday 12th November 2020 for this year’s AGM, Conference and Awards #NAHS20.   Save the date in your calendar now and look out for the link to the ticket booking page coming soon.

Our new Continuing Professional Development (CPD) developed in association with the Security Institute (SyI) was launched at the Conference and is available to all members.  We would like to thank Di Thomas (SyI) in particular as she has been instrumental in the creation and implementation of this CPD package with the NAHS Executives.

All Members should note that the 2020 CPD criteria will replace this in February, and so anyone wishing to attain their SyI accredited CPD points for 2019 needs to submit by the end of January.

The NAHS CPD scheme can be found on our website and can be accessed here.  If members experience any difficulties or need any assistance or guidance completing their CPD submission, please email info@nahs.org.uk and we will do what we can to help, however, you only have a couple of days left to submit for 2019!

As part of our preparation for attaining Charity status, NAHS reviewed our Membership level and in order to establish sound and relevant engagement with the wider Security Industry we launched our Corporate Partnership package on the 1st January 2020.

The details of the package are available here but in short, we are providing a number of tangible benefits to partnership.  These include having Corporate Partner visibility on a dedicated page on the NAHS website (logo, short bio and link to Partner’s website, Twitter, Facebook etc.).  Corporate Partners are invited to sponsor our monthly Newsletter and blogs with all requests being vetted by the Executive Committee to ensure the subject and topic is pertinent to our members.  It should be noted that Corporate Partnership does not confer rights of membership and so Partners cannot attend the AGM nor can they vote in NAHS elections.   All Corporate Partners will have first refusal and reduced rates to exhibit and sponsor our Annual Conference events.

Dates for your Diary

Check out our Events Pages on the NAHS Website for more info.

In our next Edition

In our next edition we will feature:

As usual, we are keen to promote your good news stories, achievements and case studies as it is great to share good practice
Please direct any questions and send any news items to info@nahs.org.uk

Not recently active
This site uses cookies: Find out more.